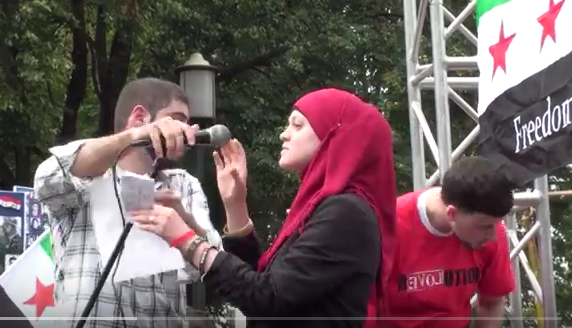 “Some of my poetry is a counterargument to an idea in our society. Some of my poetry is a prayer to God. Some of my poetry unites the audience into one entity of solidarity“, Amal Kassir once said. A former member of the Minor Disturbance slam team the youth poet captured attention nationwide for her performance style. Winning the international slam award with “Syria“ gave her a platform to promote humanitarian work. Today (2015) she is performing world-wide. Amal Kassir does not shun controversial issues. In her poems, she defies the stereotypes Muslim women wearing the hijab are confronted with. She is also not afraid to tackle topics of a wider scope, e.g. the suffering of the Syrian people during the country’s ongoing civil war and the apathy of the U.S towards the Syrian humanitarian crisis. Ken Arkind, executive director of Minor Disturbance and her mentor said about her: ”She’s like a daisy packing a shotgun“. (Joel Walker)

About Amal Kassir
Born to an American mother and Syrian father, Amal Kassir is the fourth of five children. Her Syrian father immigrated to the U.S., landed in Omaha where met her mother, Melissa, a Muslim convert. The two later moved to Denver to join a growing Muslim community. (O’Connor) When in the aftermath of the 9/11 terrorist attacks someone threw a brick through the window of the one of the family owned Middle Eastern restaurants in Denver and Melissa Kassir was calling names for walking down the street wearing a hijab in public, her parents decided to move to Syria, the home of her father. In Syria they lived on her grandmother’s farm in Hamouriyah in the outskirts of Damascus. Amal Kassir about the motivations why her parents spent some time in Syria:

Living in Syria for three years (2002-2005), Amal Kassir learnt Arabic and bonded with her extended family which included 60 people. Later she commented on the Syrian civil war’s human cost to her family:

We’ve lost 27 members of our family. And the number was 23 last time I checked. So one bombing will take four people away. So we’re very, very familiar with what death is, what loss is, and what saying ‚goodbye‘ is supposed to mean. (Maddox)

In one of her interviews, she remembered a morning when the news reached her family on the phone:

(In the early morning) my Dad leads the prayer and you’ll know that someone has died because of the way he cries and this war is what made me see my father, an Arab man, with that macho stereotype, that was the first time that I saw him cry. (KGNU)

Her life seems to have changed overnight in 2012, when she won the Brave New Voices International Youth Competition with a poem about Syria. Later she said, her time in Syria helped her understand the suffering of the people there, especially the rural farmers and children … but she was also aware of the freedoms she had, living in a country like the U.S. which allowed her to become an activist on her Syrian people. (Mary Jo Brooks) „This is for the Ladies“ tells us about the mindset of this energetic young woman. She wears the hijab as a political statement.

“This is for the Ladies“
This poem talks about women’s beauty and dignity in a world that doesn’t always honor authenticity. It takes the form of a mock party program. The speaker says she’s representing  a group she calls the „half-naked Barbies“:

I represent the political party that stands on behalf of the half naked Barbie.
I represent the woman of the 21 century and this woman is everything, except for her dignity.

Her political goal: “I’m here to change the system that’s kept us blind.“ With the “system“ she refers to a dynamic complex of revamped patriarchial thinking heavily influenced by the contemporary beauty industries (cosmetics, weight control helpers etc.):

I represent the freedom of choosing
to be enslaved by this patriarchal system
that robs me day by day
.…

She invites her electorate to break away from their self-imposed delusion:

She promises her women followers that wearing the hijab can be an extremely liberating experience:

I am damn happy living with my
Dignity

The „Syrian Revolution“ of 2011 has motivated many Syrian-American poets to tackle heavier topics. In „My Grandmother’s Farm“ Amal Kassir reflects on what the reaction of the regime meant for her Syrian family. There is sadness but also a belief in the resilience of her people.

“My Grandmother’s Farm“
Her grandmother’s farm was important to her. She had fourteen children. In More than Metaphors she recalls the time when the children played between the pomegrenade and plum tries and when, at the end of the day, the family gathered around the table. Glimpses of these childhood memories are scattered throughout her poetry. Back in the U.S. she came to realize that with “the war“ she would never see the farm again:

When I came back to America and came to the realization that I would never, ever again see my grandmother’s farm, it was painful. The farm got taken over by regime soldiers. They cut down all of the trees and occupied it. And it didn’t belong to grandma anymore.

The reason: Her Syrian family was politically outspoken, therefore the farm was targeted by the regime. However, in her poem, her grandmother was not intimidated:

My grandmother always had food on the table
Even when the tyrant put checkpoints outside her door,
Her defiance made meal times
A battle her family would always win.

The performance: Amal Kassir’s words erupted, tinged with fury, her eyes – so Warner – flashing like those of a woman possessed. Her fist pounded the air, her body pitched this way and that, as if her 5′ 3″ frame could barely contain the emotions raging within (Warner).

Her point: Bullets and earth don’t go together:

When the war started,
Even the rivers ran away.
For the hands of a militant
Aren’t like the hands of a farmer,
Bullets and earth can’t speak to each other
Blood will not make crops grow.

At the end of the poem a question that hits the core of the matter:

They cut down the plum trees in my grandmother’s farm
Ripped the pomegranate bushes from the earth,
The lemons don’t grow anymore.
And we wonder
If the tyrant even remembers who fed him.

The problem with Syria, five years after the syrian Revolution began, is that all sides have their own reasons for acting the way they do – and they all think they’re right. Morality plays a minor role.

“Syria“
In 2012 Amal Kassir won the Grand Slam prize at the Brave New Voices International Youth Competition for the performance of her poem called “Syria.” It was dedicated to those „who had not yet fallen.“ Delta Donohue on the performance:

Though a mere 18 years old and a petite 5’3’’, her desire to speak out against injustice commands attention. … Syria, co-written and co-performed with teammate Ashlynn Damers, received perfect scores in San Francisco at the 2012 Brave New Voices International Poetry Slam Festival and, as a result, Minor Disturbance walked away with the Grand Slam Championship (Donohue).

She begins with talking about her ties with the Syrian people:

She emphasizes that she has for too long tried to keep her mouth shut:

The Syrian Revolution was a new start:

March 2011; we have been reborn
A social infant screaming,
‘Let us live!‘

The regime struck back, but … :

The last lines have inspired a Damascene ex-patriot to combine text and performance:

When nails are torn from bloody hands
When mother is ripped from son
When the last Damascus rose
Is stripped of all her colour
…
I can not fall
I. Will. Not. Fall.

“In #Syria, even the deaf can hear war crimes“, Amal Kassir said. She talked about an aunt:

I have an aunt who was born deaf. She lived in Syria before seeking safety in strange lands with my grandmother. Years ago, she told me when the Assad regime would drop bombs, she could hear them. In #Syria, even the deaf can hear war crimes. Strange that the international government can not…

Amal Kassir believed that the US had an obligation to provide humanitarian support to the people of Syria. She was aware that many disagreed with her view. In the interview with Eric Campano of Patheos she said, “There’s a lot of people who don’t have the courage to get up on a stage and speak. There’s a lot of people [who] don’t even have anything to speak for, but when you find the things that makes your heart beat faster, and you are granted a spot in front of a microphone, and you speak to people who’ve never heard your words before, you are delivering a narrative, a piece of evidence to a story.”

Slam Poetry is More Than Metaphors
Amal Kassir doesn’t see herself as a poet in the romantic sense of the word. “I don’t have beautiful words and marvelously constructed sonnets,“ she explains. “Literally, all I write are things that come as a result of how I am feeling about injustice.“

Slam is a unique genre of poetry. Textually, it is based on the belief that everybody has a unique story to tell.  Becoming a Grand Slam Champion doesn’t necessarity imply that the stories the slam poets have to tell reach a wider audience. Amal Kassir’s stories  did find their way to a larger audience. She performed at political ralleys for humanitarian causes. („An Open Letter to Bashar“)  In More than Metaphors she said: “We are all part of the solution whether we like it or not.“

More Than Metaphors. A Documentary by Korena Boyd and Ben Coldwell. YouTube (uploaded 05.11.2013) 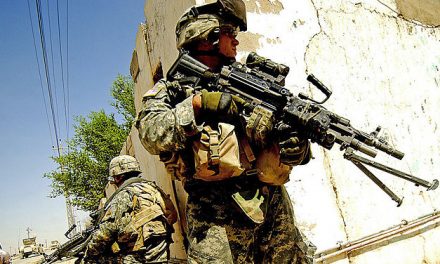 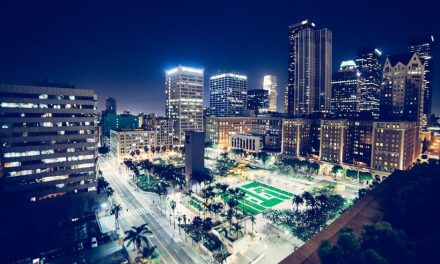