“Without poetry, the experience of war defies articulation and explanation of what it meant to be there, in those conditions, with that mindset, and fighting them often eludes analysis. Not because war is indescribable, but because it requires a translator—a native speaker who can write to the combat-deaf, -dumb, and -blind.” (Olivia Garard) „Here bullet“, the title poem of Turner’s poetry collection with the same name, draws on his experience in Iraq. His poem does not follow the traditional “innocence to experience“ narrative. It’s focus is on what war does to those who fight on the front-line. At the time “Here, Bullet” came out in the Georgia Review, Turner was on active duty in Mosul, Iraq. “Here, Bullet“ is for anyone who cares about the war, regardless of political affiliation.

Brian Turner (born 1967) lived in South Korea for a year before serving in the U.S. Army. He was an infantry team leader in Iraq, beginning November 2003. Prior to that, he was deployed to Bosnia-Herzegovina in 1999-2000. Here, Bullet, his debut poetry collection, is based on his yearlong mission in Iraq. Turner was a team leader for the 3rd Stryker Brigade Combat Team. It was the first Stryker brigade to be sent into the combat zone in Iraq in 2003.

Turner’s interest in poetry predated his service in Iraq. Before joining up he completed a Master of Fine Arts course in creative writing. On the Poetry International Festival in Rotterdam (2009) Turner talked about how he came to write poetry.

Out of the military combat – “Here, Bullet”: The Poem

If a body is what you want,
then here is bone and gristle and flesh.

The narrator describes in visceral detail what the bullet did him, a damage which will ultimately lead to his death:

Here is the clavicle-snapped wish,
the aorta’s opened valves, the leap
thought makes at the synaptic gap.

… And I dare you to finish
what you’ve started. Because here, Bullet,
here is where I complete the word you bring …

The relationship between man and machine is inverted. The bullet becomes a person, the person the object. This inversion is sustained throughout the poem: It translates into the images, e.g. when the narrator talks about the soldier’s throat (“esophagus”) which has turned into a cold barrel and his screams which when hit resemble the sound of the fired gun.

The poem ends with a touch of resignation:

… here, Bullet,
here is where the world ends, every time.

In „Here, Bullet“ Brian Turner tries to capture the moment when a bullet hits the body. In an interview with Terry Gross Turner was asked whether he remembered the particular situation that led to the poem:

It (the bullet) was coming towards me. And that poem has a lot of bravado to it, and I think that’s really just the fear masking itself. I’d say about 80 percent of that poem is fear, and then there’s 20 percent of sort of an ugly psychology of finally wanting to meet that moment – because so often, as an infantry soldier, what I actually experienced wasn’t direct combat, but was indirect attacks against us: roadside bombs, snipers, mortar attacks, those types of things.

By choosing the bullet as antagonist Turner avoids discussing the violence of war by pointing the finger at an “enemy“ and blame him for the atrocities. The poem is inspired by some kind of empathy with the antagonist: „I wondered about the people who tried to kill us – who pulled the trigger or set off the bomb.“

He recalled the day he was almost blown up by a rocket-tropelled grenade:

He was shooting at me. There was no one else there. Does he now wonder about me? Am I one of the ghosts he carries in his head? He might think that he killed me. How does he live with that? Would he be happy if he found out he hadn’t? (James Kidd)

Interesting about the poem is the marriage of modern war imagery and emotion with the classical verse form of the apostrophe (a direct address to a non-human thing), all informed by a poetic smartness about half-rhymes, assonance, alliteration, and other forms of sonic alertness. Thematically, the poem presents an original take on bravery. The poem is half-taunt and half-cry of pain, the challenge to the onrushing bullet a futile effort to both resist and understand war’s deadliness. (Thomas E. Ricks)

The poems on the pages of Here, Bullet, with their immediacy of impact, their universality of theme, their blend of cultural and historical insight, and their many tiered reverberations of the aftermath of gut wrenching violence, make for a powerful reading experience…. The relationship Turner establishes with the reader is not dialogue but a tidal insistence on reflection, that if there is meaning in loss, there must be meaning in what precedes loss, in what is related to loss. There is no harm in such reflection, argues Here, Bullet, but, rather harm stems from the lack of it.” (Source)

You may find more information on Turner here.

After Iraq: Turner’s later poems
Interviewed about the poems he wrote after Iraq Turner said that at the beginning he wanted the revise the poems written while in combat, but that then realised that he was no longer there so that he couldn’t (re)write those poems. He began writing about what the remembrance made of him. He mentioned the poem ….

I went into Lowe’s Home Improvement Center, for example, and I was buying some nails. I started looking at them, and I realized that there was a type of scaffolding nail, double-headed nail, that looks a lot like the firing pin inside my weapon that I used to carry.

… when you go to the register and you pay for the cash, and the register slides open, that shuh-shuh, that sound when it slides, sounds a bit like a machine gun being charged. And the fan blades above, you know, they’re imagistically rhyming a bit with the rotors of a helicopter …

In his lyrical memoir, My Life As A Foreign Country (2014), Brian Turner describes war as the “extension of an idea expressed in the physical language of shrapnel.” (quoted by Olivia Garard http://www.thestrategybridge.com/the-bridge/?author=5688c4a2d8af102bf3e28408 ) Talking about the literary inheritance of Wilfred Owen and Siegfried Sassoon he said „Our songs sing backwards as well as forwards, but first they have to sing in their own time. (James Kidd)

Acknowledgements
“Brian Turner at the Library of Congress” (May 1, 2013).

Ricks, Thomas E. “More on why Jason Dempsey is wrong: Thoughts on our first poet of the Iraq War”. Foreign Policy (March 6, 2013). 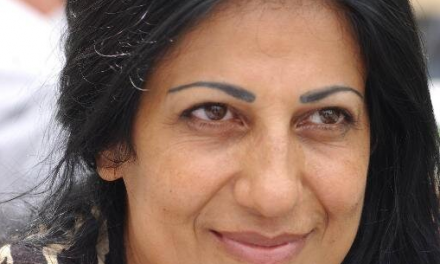