The title page: A twin alligator whose heads interlock. Behind it, transparent, the title. Jennifer Clement’s passion is poetry: „It was my challenge to talk about weapons with poetry“ she once told in an interview, what essentially means that the emotional dimension of the story is conveyed through expressive images.

It is the story of a mother-daughter relationship told from the perspective of a sharp-eyed teenager. The mother – Margot, named after Margot Fonteyn, a famous British ballet dancer – grew up in a wealthy family in a spacious villa with a porch, a swimming pool, and five bathrooms, employees, and a room for her toys. She played the piano and spoke French. Twice a week a French teacher came to her home to teach her. For her seventh birthday she was given a Shetland pony.

When she was seventeen, she gave – unnoticed by her family – birth to a little girl, whom she named Pearl, because her skin was light and transparent. A few weeks later Margot put her in the 94 Mercury she had been given for her sixteenth birthday and drove off  with her to central Florida. She wanted to start a new life. The journey ended in a parking lot next to a trailer park. The planned months became years. Pearl had her place in the front seat of their car, while her mother lived in the back. Despite their hardships, mother and daughter adjusted to their new life, making friends with the residents of the trailer park.

Jennifer Clement, b. 1960 in Greenwich, Connecticut, is an American writer who lives and works in Mexico. She became known for Prayers for the Stolen (Penguin Random House/Hogarth, 2014), where she wrote about women who were affected by drug trafficking violence. The protagonist of the book, Ladydi Garcia Martínez, grew up near Acapulco in a village where drug trafficking ruled and young women were stolen and sold as sex slaves.
When she wrote Gun Love, Jennifer Clement was president of PEN International (the first woman elected since the organization was founded in 1921).

Topics
A mother-daughter idyll
Margot is a single mother. The child’s father had never been an issue. All she sought was a close relationship with Pearl. Both had their dreams. Pearl didn’t dream of a house. Such a dream was too big for her. She dreamt of furniture, imagined having a chair and a table. The intimate mother-daughter relationship lasted a while, until a man showed up and suggested Pearl might find another place to stay.

Life was like shoes on the wrong foot
Florida was none of the spectacular places. Much went wong. Margot attibuted it to the past: The part of northern Florida where they were staying originally belonged to the natives, the Timucua. For them it had been sacred land.

Don’t call 911. Buy a weapon
One day, a siamese twin alligator was found on the lake, barely escaping the egg, an indication for the inhabitants of the trailer park that many things went wrong. Self-proclaimed law enforcement officers shot it. For the inhabitants of the Trailer Park firearms are guarantees of their integrity. Their concept of the state was not that of a caring power, but of a monster that needed to be kept in check.

The end is open, many questions remain unanswered. But that is perhaps what the novel wanted to achieve. 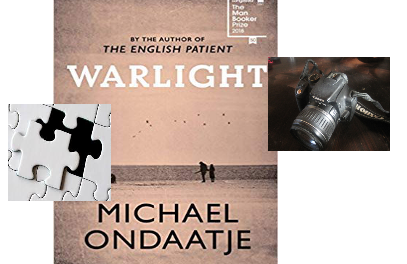 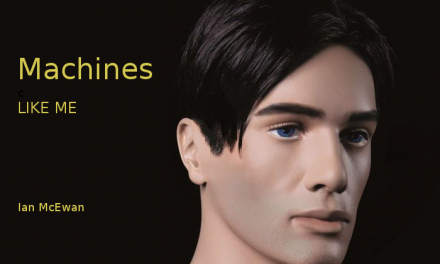