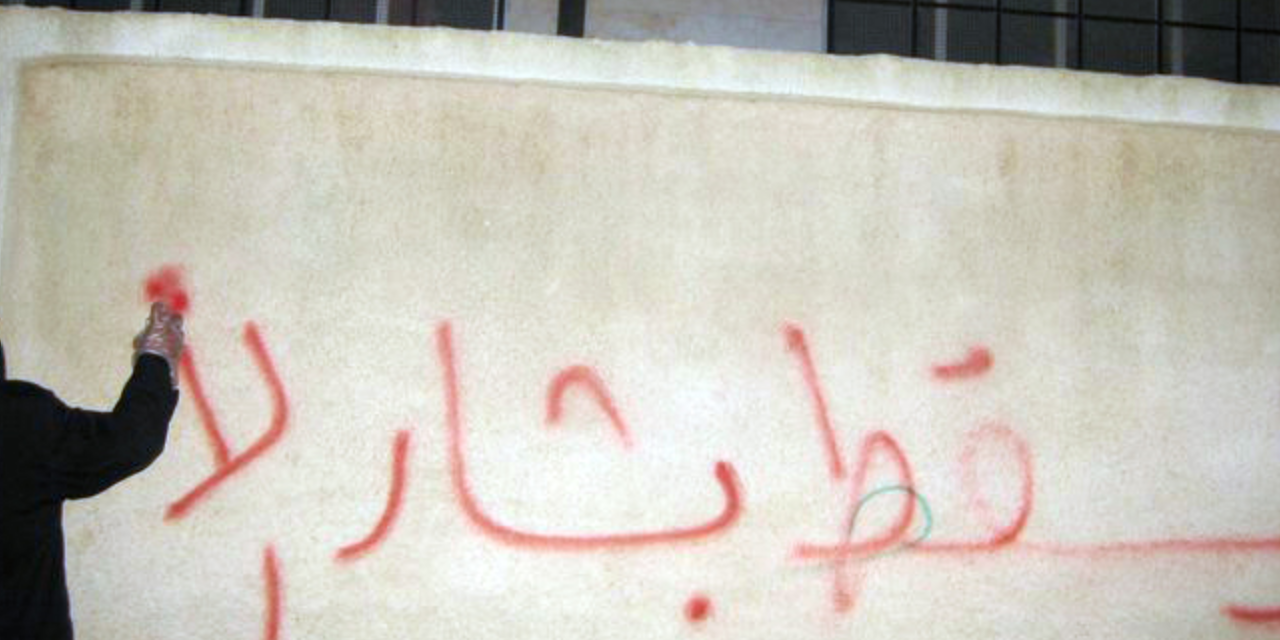 Schoolchildren recite epics, pop stars set poetry to music, and literary parlor games can go on for hours: … Now, in the 2 and a half years since demonstrations became an uprising and then a civil war, poetry is pressed into a different kind of service. (Studio 360)

This “new kind of service“ is closely linked to the daily struggle of the Syrian people for survival. In “They are Stealing the Soul of Our Revolution“, protest writer Hala Mohammad wrote “Hope is not a luxury, it’s a necessity.“  (Mohammad) The new Syrian poetry, although little is as far accessable in English translation, inside and outside of its country of origin, has many voices, many forms, and many facets.

1.
Syrian Poets Are Taking on a New Identity: Poetry and Resistance:

Ghost towns, devastated forests, fire-ravaged fruit groves, refugees in their millions, deaths in their hundreds of thousands, a raging war and a future without prospects. This, in a nutshell, is the Syrian tragedy. (Jasim Mohamed)

The poets‘ role became reassessed. Salman Rushdie once defined the work of poets, speaking four days after a fatwa was proclaimed in Iran due to the controversial nature of his Satanic Verses (1988). “A poet’s work: to name the unnameable, to point at frauds, to take sides, start arguments, shape the world“.

Syrian poets have not been negligent in their mission. Jasim Mohamed:

Their voices resound, unsilenced, in the midst of the tragedy, producing an endless stream of poems and reflections on the destruction in all its inconceivable magnitude. New, independent newspapers, magazines, books and texts in Arabic newspapers and on the internet are spreading wonderfully like never before. It all must have placed the Syrian poet in an unfamiliar situation. (Jasim Mohamed)

Poets have repositioned themselves. Natasha Turak wrote in “Poetry in Syria“:

In stark contrast to the flowery, metaphorical poetry common in Syria before the revolution began, today’s poems emerging from the war-torn republic are explicit and visceral, graphic and raw. Fear and oppression dominated artistic expression in the past, and while these writers still risk danger and even death for their work, a layer of that fear has vanished. Their words speak for the millions of Syrians who have faced unimaginable suffering, and whose voices may never be heard.

The voices of the new young generation of Syrian poets, inside and outside the country, do not shy away from political statement in their work. This distinguishes them from poets of the older generation such as Adunis (pen name of Ali Ahmad Said Esber, b. 1930) who is considered one of the most influential and dominant Arab poets of the modern era. (The younger generation of intellectuals questioned Adonis‘ relationship to the Assad regime as he largely stayed silent about the civil war that currently ravages Syria. What is especially troubling about Adunis is that he was awarded a German peace prize, named after the pacifist writer Erich Maria Remarque. The decision stirred up controversy not only among Arab intellectuals. After nearly five years of war, Adonis, who has lived in Paris for many years, had still not shown solidarity with his compatriots.)

On February 16, 2011, 15-year-old Bashir Abazid and his friends painted several walls of his hometown of Daraa with revolutionary slogans: “The people want the fall of the regime” and “Your turn is coming, doctor” in reference to President Bashar al-Assad, once a practicing ophthalmologist. Syrian security forces made an example of the children, detaining them and torturing them for more than a month. (Zuhour)

The news of the detention and torture of the young students shocked the country, and is now widely considered one of the main events that sparked the Syrian uprising. Shortly after the incident, street artists all over the region started painting the walls of their cities with similar slogans. Samar Yazbek (born in 1970 in Dschabla/Syria), journalist, was a dedicated activist of civil and women’s right. She was in Syria on March 3, 2011 when the revolution started. She interviewed demonstrators and dissidents released from custody as well as police and the military. Because of her work, she increasingly came into conflict with the Assad regime, was intimidated by the Syrian intelligence and when she learnt that her name was on the death list she fled abroad with her daughter. Determined to bear witness to the suffering of her people, she revisited her homeland by squeezing through a hole in the fence on the Turkish border. In 2013 she told The Guardian about her experiences:

On 3 March 2011, I was in Syria: I witnessed peaceful protesters being killed as they offered an olive branch to the regime, who responded with murder, bombings, torture and mutilation. I saw people protesting for justice, freedom, democracy, and the Shabiha militia, security forces and army responding by killing protesters, disfiguring their corpses, laying siege to whole towns. They made threats against the families of activists; they arrested doctors seen helping the wounded; they worked to sow enmity between people. They wanted to create their own anarchy. If soldiers refused to kill the protesters the security forces would get rid of them once and for all. They had no choice but to desert. I was witness to the fact that the revolution did not take up arms voluntarily. (Samar Yazbek)

“Poetry is a witness,“ said Mohja Kahf, Arab-American poet and literature professor at the University of Arkansas. She praised the work of Syrian poets Khawla Dunia, an activist, and Fadwa Suleiman, an actress who led protests against Assad. Kahf said one of Suleiman’s poems felt like “stumbling through the streets of the city in a new language. It was about displacement “… in this bizarre, twisted revolution.“

Five years of brutality and bloodshed have turned Syria into the epicentre of a massive humanitarian crisis. According to the Violations Documentation Center in Syria, the death toll in Syria for 2015 was 123,316. The majority of those who have been killed were civilians, and nearly 15,000 were children. E.W. Brawley:

It is our most modern war. It is a war of confusion, of blood, hate, tears, dust, and rubble, a jumble of commotion, conflict, and civil unrest. It is a war of voices, many voices, clashing together in highs and lows, unintelligible, chaotic. But a new movement is sparking something in Syria that has never before been experienced. A literary rebellion – voices of the suffering – finally becoming heard. … When peaceful protests in 2011 challenged the Syrian dictatorship government – its response was drastic and violent – activists were secretly killed and harassed. As civilians rejected the Assad regime’s bloody retaliation, a civil war erupted between the government and rebels. Syrians are fighting back with a literature and poetry revolution. (E.W. Brawley)

Syria’s ongoing civil war has galvanized Syrian poets to produce more documentary poetry and less coded metaphor and allegory, reports Los Angeles Times writer Jeffrey Fleishman: “It is the verse of the forsaken in a nation of madmen with black flags, cities of ruin, and rivers of refugees.”

3.
Poetry and the Reaffirmation of Life: Finding an Appropriate Approach

How can you get close enough to the new Syrian poetry to accomodate its complexities and underlying reflections? That’s what poet and critic Golan Haji asked in “A Note on Syrian Poetry Today“:

At a moment of simultaneous disintegration and creation, survival looms just where the danger is. What is it like to be Syrian today, when a long ending and an unknown beginning are bloodily mingled? What is it like to live and to die as a stranger in your own country, or as different kind of stranger in exile? How can any poet do justice to the complex emotions and ideas these circumstances have been provoking all over Syria and abroad, since March 2011? Where to find any plausible approach? (“A Note … “)

He concludes that the poets, albeit separated by geographical distance, are similarly preoccupied with the reaffirmation of life:

Poems at the moment, to our astonishment, are increasingly inclined to avoid an apocalyptic view of the world, and are written about almost everything. From experimental prose poems to lyrical traditional ones, different kinds of poetry, written in Arabic, in Kurdish, or another language of this multicultural country, counterpoint each other. (“A note …“)

As Ghada Al-Atrash told Leigh Cuen:  Even after decades of studying Syrian poetry, she had never seen anything like what people are writing today. Instead of metaphors and symbolism, poets were relying on literal images, and rallying to a national Syrian identity instead of a religious one. The new brand of Syrian poetry sets itself apart in two ways, in its content and in the channel by which it’s finding an audience.  Numerous productions of texts, poems, caricatures, and songs began to appear on social media sites, and activists then gathered them onto networks providing local alternative information. These networks included websites, blogs, YouTube channels, Facebook and Twitter accounts. (Dubois)

“The wall of fear has fallen, and people are saying things that they never would have said before,” Alatrash said. Some writers take precautions, saving lyrics under different names in case police search them or their homes, or propagating their poems anonymously. In such an atmosphere, few individual poets of this new style have risen to fame. Some of the poets presented here are living in Syria, others have fled their home country because they could or would no longer withstand the harrassment: They make their voices heard from the distance. And then there are second-generation immigrants, who rediscover their Syrian heritage and relate it to incidents happening in Syria in the wake of the uprising of 2011. Each author brings his or her own understanding of poetry and its expressive possibilities into play, from classical formats to spoken word, from plain text formats to hybrid genres like pictured texts or movie poems. The presentation is like an exploration trip. There are many little mosaic stones asking to be put together to build a big picture. What Amal Kassir noticed with respect to authors applies as well to readers: “It’s something profound when you can compare the color of a pomegranate to the color of blood on the ground. There is color and scent and sound involved.“ (Fleischman)

The Creative Memory of the Syrian Revolution, The

Mohammad, Hala. „They are stealing the soul from our revolution“. Translated from the German by Ruth Martin. Goethe-Institut/Qantara 2015. 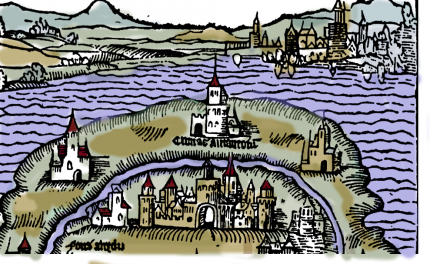