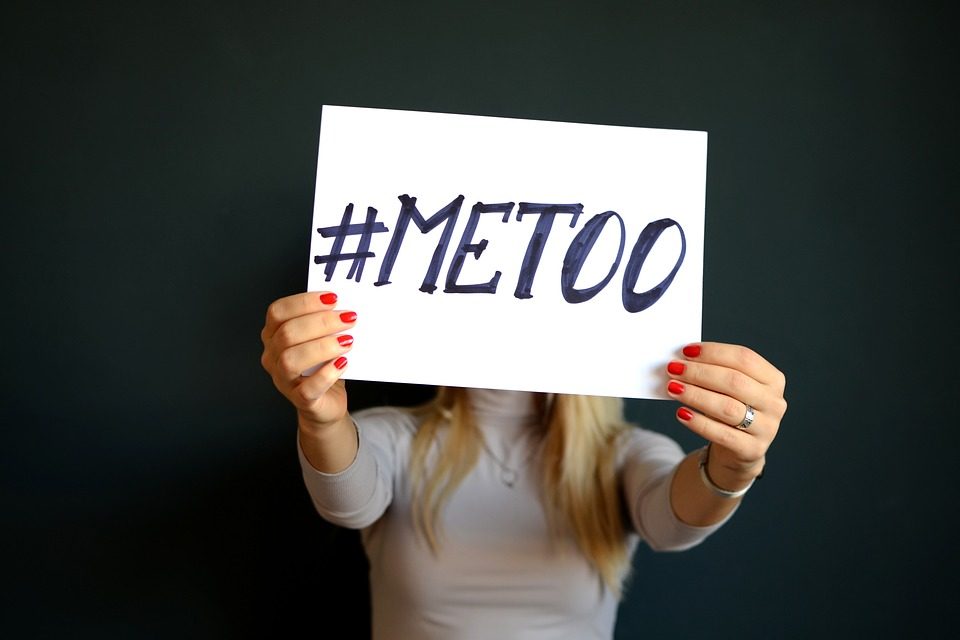 Debates on sexism flare up and then sink back into oblivion, not without leaving their tracks. The current sexism debate, triggered by the Harvey Weinstein scandal and then followed up by the „#Me Too“- movement is about the systemic abuse of power and its tacit acceptance, often combined with a lacking sense of guilt on the part of the accused. What did the new sexism debate show? Has it led to the self-empowerment of women or did it cement the traditional role of women? These questions will be pursued in the following contribution. 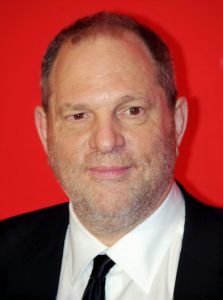 In October 2017 Harvey Weinstein, American film producer, was charged with raping or sexually molesting a significant number of women. The allegations were raised, among others, by the actresses Gwyneth Paltrow, Salma Hayek, Angelina Jolie and Cara Delevingne. The incidents dated back to the 1980s and were allegedly an open secret in the US film industry. Rose McGowan was one of the first actresses to testify against the US film mogul. Her rape allegations set the ball rolling, which finally brought Weinstein down. The debate gained special relevance when dozens of women published their allegations against Weinstein. It triggered a general debate on sexism and male power abuse.

Harvey Weinstein was highly successful in the film industry, both economically and politically. In 1999 he had won an Oscar for his Shakespeare in Love film; he had engaged in the election campaigns of the two Clintons and Barak Obamas and collected money for the Democratic Party. In 2015, he received the humanitarian medal of the Wiesenthal Center, which described itself as the „international group of Jewish human rights“.
The „film mogul“, who had produced Pulp Fiction and Good Will Hunting and had been awarded several Oscars, was said to have – for decades – exploited his position harassing women and subsequently causing them to refrain from any litigation.

The „Hollywood system“ had a contractually settled secrecy clause. In case of breaking it employees those who broke it would have been sure to be intimidated by „legal actions“. This applied in particular to alleged sexually molested women. If they went public and broke the contract, they would be sure to be destroyed by a whole legal machinery.  This was a tremendous pressure.

Quentin Tarantino, the Hollywood director most closely tied to Harvey Weinstein, later said that he had known for decades about the producer’s alleged misconduct toward women and now felt ashamed he did not take a stronger stand and stop working with him, he said in an interview published in the New York Times.

I knew enough to do more than I did. … There was more to it than just the normal rumors, the normal gossip. It wasn’t secondhand. I knew he did a couple of these things. … I wish I had taken responsibility for what I heard. If I had done the work I should have done then, I would have had to not work with him.

We do so not simply to separate ourselves from someone who does not merit the respect of his colleagues but also to send a message that the era of willful ignorance and shameful complicity in sexually predatory behavior and workplace harassment in our industry is over. What’s at issue here is a deeply troubling problem that has no place in our society. The Board continues to work to establish ethical standards of conduct that all Academy members will be expected to exemplify.

The Republican Party circulated a listing of „Harvey’s Dirty Democratic Donations,“ thus publicly pillorating its political opponents. Almost a dozen Democratic politicians announced that they would pass campaign donations from Weinstein to organizations promoting women’s rights.
The Simon Wiesenthal Center in Los Angeles did not want to disavow Weinstein’s 2015 award.

Victims of Sexist Harassment Speak Up: The #Me-Too-Movement

Hollywood is a special case. Following the example of actresses victims of sexually abusive men should get their a chance to speak up.

If all the women who have been sexually harrassed or assaulted wrote #Me Too as a status we might give people a sense of the magnitude of the topic.

In „The Wiki for Predators“ in #me-too-center female victims of male harassment were encouraged to tell their own #MeToo stories, no matter how big or small. Afterwards, they had the opportunity to rate the response of their „sexual molesters“ on a scale of 1 to 10: from active remorse to regret to a lame apology combined with an indignation as to why the media made such a fuss.

A Modern Witch-Hunt: The Media Play Prosecutor and Jury in One 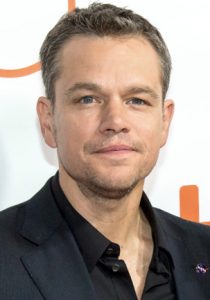 It is understandable that – in case of authentic reports – women who were prepared to publish their stories hoped for relief. That, at least, they were promised: to experience some kind of inner strength by helping to reveal the immensity of the fact. What followed was a „witch hunt“, supported by parts of the media. The target was not only men  suspected of alleged „sexual harassment“, but also critics who dared to publicly express their reservations with regard to the #MeToo hype. An example seems to be Matt Damon. Damon, known for his role in The Bourne Identity  was as yet free from scandals, but then thousands of women demanded that he be cut out of his next film.

In an interview for „Popcorn with Peter Travers“ Damon had said he thought that talking about the topic was necessary, but:

I think it’s wonderful that women are feeling empowered to tell their stories, and it’s totally necessary,” he said. “I do believe there’s a spectrum of behaviour… There’s a difference between patting someone on the butt and rape or child molestation, right? Both of those behaviours need to be confronted and eradicated without question, but they shouldn’t be conflated.

In the Business Insider he pointed out that men in the entertainment business who haven’t been accused of sexual assault or harassment should be focused on:

We’re in this watershed moment, and it’s great, but I think one thing that’s not being talked about is there are a whole shitload of guys — the preponderance of men I’ve worked with — who don’t do this kind of thing and whose lives aren’t going to be affected. (The Guardian)

Later the Downsizing actor apologized for his controversial comments:

A lot of those women are my dear friends and I love them and respect them and support what they’re doing and want to be a part of that change and want to go along for the ride, but I should get in the back seat and close my mouth for a while. (The Telegraph)

Post-Weinstein Puritanism
It is characteristic of puritanism that it appears in the name of a so-called common good. On the surface the Weinstein affair was concerned with the protection of women and their emancipation. Until now women in the entertainment industry had been the „poor little things“ that could not defend themselves because they were at the mercy of phallocrates. But now they would be able to free themselves by speaking up. Men were preferably referred to as „predators“. Demands to prove allegations were considered a „justification of rape“ or even as an admission of guilt, in any case rejected.

„We defend the freedom to annoy, which is indispensable for sexual freedom“: An open letter

A collective of 100 French women including film star Catherine Deneuve, signed an open letter defending men’s „freedom to pester“ women, sparking an angry response from a group of feminist activists: „We defend a freedom to annoy, indispensable to sexual freedom“. The open letter, which criticized the #MeToo movement and warned about a new „puritanism“ sparked by recent sexual harassment allegations, was published (Jan. 09, 2018) in the French newspaper Le Monde. There it said:

Rape is a crime. But insistent or clumsy flirting is not a crime, nor is gallantry a chauvinist aggression. As a result of the Weinstein affair, there has been a legitimate realization of the sexual violence women experience, particularly in the workplace, where some men abuse their power. It was necessary. But now this liberation of speech has been turned on its head.”

It further said that the freedom (of men) to „harass“ was „indispensable for sexual freedom.“

With Superiority and a Sense of Proportion
Criticism of the excesses of the #Metoo movement also came from other prominent women. Germaine Greer, an Australian writer and publicist who is considered one of the most important feminists of the 20th century, claimed that women who spread their legs in exchange for film roles should stop complaining.

Militant anti-feminists reacted immediately. Deneuve was heavily attacked. Spokesperson was Caroline De Haas. For them, the undersigned of the open letter played down the violence against women by placing them on the shelf of „audacious advances“ („drague lourde“) and therefore did not take them seriously. Deneuve apologized to the rape victims in case they thought that she might not have adequately appreciated their confessions but in principle she stuck to her view, reaffirming it.

What will remain of the new wave of the debate on sexism?
The moral outrage of so many women has shown how virulent the topic is, regardless of a prominent example (In Germany it was Dieter Wedel). But with moral indignation alone the problem will not be solved. In the meantime, a lot of aspects have been discussed media-wide, most of them controversially. However, the debates have created a new sensitivity that also included men who affirmed that before they had taken their attitudes for granted. But it does not make sense to „throw out the baby with the bathwater“: The #MeToo was important, no doubt, but it would not be wise to throw overboard what thas as yet been achieved.

Nothing is perfect. It will take a while before, in Western countries, women and men will, in professioneal contexts, meet each other with respect and at eye level. However, we should not forget that the situation of women in less sheltered societies is much more dramatic. They need our support.

Heavy. „What Does the ‘I Have’ Hashtag Mean?“ 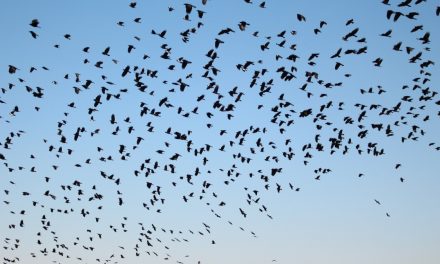 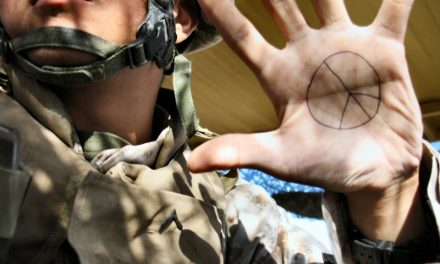